The enhanced greenhouse effect and international variations in greenhouse gas sources and emissions, in relation to economic development, globalization and trade

If you see the SDG symbol flashing, don't forget that there is a clear link to one or more of the goals

TOK Point: Watch the second video - Externalities. Study this simple model of economics and annotate onto it all of the 'Externalities' that are covered in the video. Now read this G20 2014 article and summarise the issue of the model of economics that doesn't include these vital natural processes.
​Task 2 - Using all the resources in this section, complete the following IB question using this worksheet.

Suggest two reasons for the global variations in albedo. (2+2)

**Check out the snow coverage video from NASA at the bottom of this page and link to Albedo.
Task 3 - Link together the last two lessons.

Complete the two questions by clicking on the tab beneath.
questions on atmospheric budget & feedback loops

The discovery of global dimming can be traced to Gerry Stanhill who was, in the 1950’s, a research worker studying irrigation water requirements. His task was to use climate measurements, in particular those of solar radiation, in order to determine the amount of water crops would require. He collected data for a year and his findings were used to design the national irrigation system. In the 1980s, he decided to repeat his studies to ensure that the data were still valid. He was astonished to find that there was a 22% reduction in sunlight reaching Israel. He knew that this was an enormous amount. Another scholar, Beate Liepert, was making similar observations over the Bavarian Alps. What was happening?

Liepert and Stanhill began to independently find similar data from around the world. All across the globe the amount of sunlight reaching the earth’s surface had seen a sharp decrease over the years. Between 1950 and 1990, there was a 9% decrease in Antarctica, a 10% decrease in the United States, a 30% decrease in Russia and a 16% drop in the British Isles. Stanhill aptly labeled the phenomenon “global dimming”.

It is thought that global dimming is probably due to the increased presence of aerosol particles in the atmosphere caused by human action. Aerosols and other particulates absorb solar energy and reflect sunlight back into space. The pollutants can also become nuclei for cloud droplets. Water droplets in clouds coalesce around the particles. Increased pollution causes more particulates and thereby creates clouds consisting of a greater number of smaller droplets. The smaller droplets make clouds more reflective, so that more incoming sunlight is reflected back into space and less reaches the Earth's surface. This same effect also reflects radiation from below, trapping it in the lower atmosphere (positive feedback). 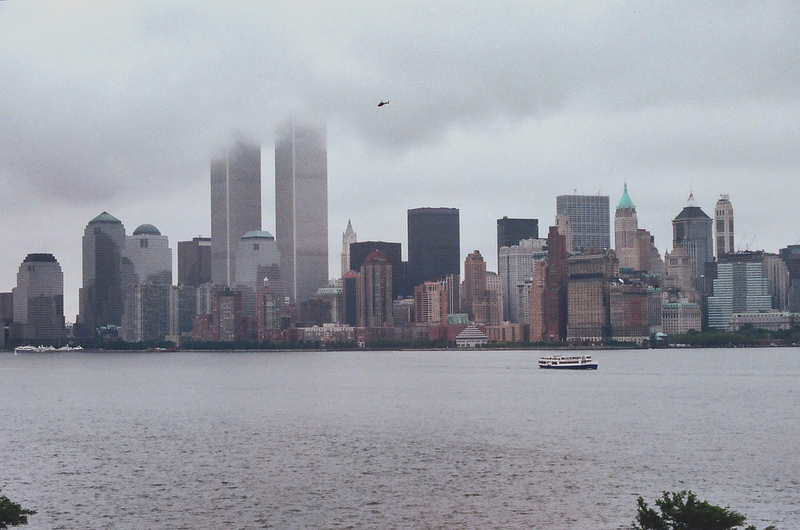 An experiment by Dr. David Travis from the University of Wisconsin on airplane vapor trails provides a foretaste. To find out how big an effect the vapor trails were having on the amount of sunlight reaching the earth’s surface, he would have had to ground all of the planes in the sky on any given day and perform measurements. This nationwide landing of all flights never occurred, except for a few days after 9/11.
​
Travis burst into action and gathered temperature range records from weather stations from 48 states. The temperature range, which is the difference between the highest temperature during the day and lowest during the night, changes very slowly. Travis found that during the three days that flights were grounded across the US, there was a marked rise in the air temperature, presumably due to global dimming. During the grounding, the temperature range jumped by over one degree Celsius. It was the single largest temperature spike in the last 30 years. If just the removal of airplanes could cause this much of a temperature swing, scientists are worried that the overall effect of global dimming on world temperatures could be enormous.

The levels of global dimming have decreased over central Europe and other parts of the developed world?

Task 1 - Why do you think that a reversal in this trend may be occurring in HIC's?

Dimming due to volcanic eruptions... 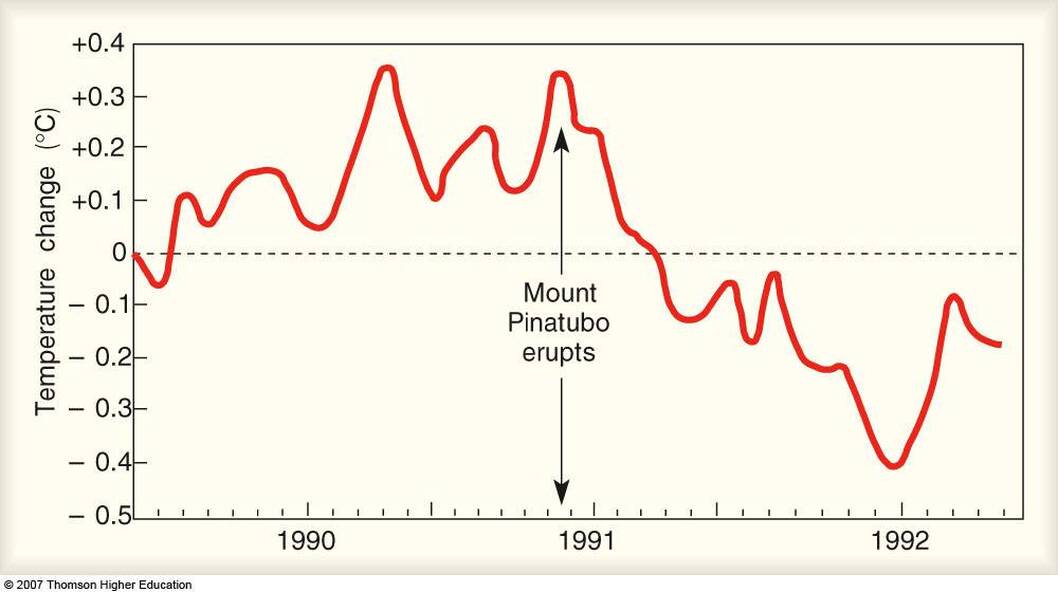