• Detailed examples of two or more societies with contrasting vulnerability

• global geopolitical efforts, recognizing that the source/s of greenhouse gas emissions may be spatially distant from the countries most impacted

​Why perspectives and viewpoints may be different about the need for, practicality and urgency of action on global climate change

Objective: To discover the extent to which disparities in exposure to climate change risk and vulnerability exist, including variations in people’s location, wealth, social differences (age, gender, education), risk perception.
Task - To complete this task, you will need the IB DP Geography OUP textbook.  You will complete the first section on vulnerability followed by detailed examples of two societies with contrasting vulnerability (Switzerland - Skiing and Canada Inuit). Follow the instructions to complete the tasks. The videos above will act as a good starting point to your research.
task booklet for vulnerability and contrasting societies

There are many obstacles to reducing our carbon footprints and achieving a lower carbon impact whether these be technological, economic or the more recently played out political scenario (USA withdrawal from Paris Climate Agreement).

​The oil, coal gas industry in the USA has great power over government and have managed to veto climate change regulations too. Those countries that have major fossil fuel reserves are also the major obstacles to agreement. For it seems that as long as there is money to be made from these finite energy supplies, agreement on climate change solutions will take a back seat.

Click here for a coal mining story from the USA and an interesting embedded video on Germany's reliance on coal too. 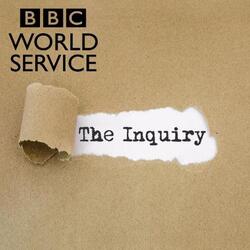 Task - This piece of work is going to be completed in two parts.

Part 1 - Using this November 2019 edition of BBC The Inquiry, complete this note taking framework on the process of going 'Carbon Zero'.

Part 2 - Research and take notes on The Paris Agreement 2015

Use this webpage (or IB DP text) to complete your research.

Slide 1 - Publicity photo from the event with leaders involved

Slide 4 - Successes & Failures (more difficult for Paris as we are four years into the process but a BIG focus on Trump administration needed here and recent withdrawal to take effect in November 2020).

Watch the second video above. This is all about adaptation strategies. If you want further information about some of the strategies show, please click on the photos beneath.

Task 1 - In a group, you are now going to focus on each of the following mitigation schemes:

You may use the subject textbook and the videos below as a starting point. Produce a 1 sided fact sheet to share with the class on how the six mitigation schemes work. Follow the 4P's structure (Power, Place, Possibility, Power) in your work and include images and maps to show such schemes in action.