The global spectrum of cultural traits, ethnicities and identities, and ways in which the spectrum of diversity is widening or narrowing at different scales

The effects of global interactions on cultural diversity in different places:
• the diffusion of cultural traits, and cultural imperialism
• glocalization of branded commodities, and cultural hybridity
• cultural landscape changes in the built environment

Differing evidence and perspectives on how diversity is changing at local, national and global scales

The Diffusion of Cultural Traits...

task sheet - cultural traits .DOCX
Is there such a thing as a developing 'Global Culture'?

​As the planet becomes more and more connected, people and financial flows increase between places, it has been suggested that the spreading of cultural traits (westernization) and mixing of cultures (hybridity) may be leading to a new universal cultural practice. Read the article from Forbes, above right, and highlight the main ways in which Balaji Viswanathan disagrees with a global culture being created.
​
Task 1 - The video wall beneath shows five key aspects of global culture and the associated impacts of cultural diffusion. Each person in the group should take one video and decide on the following:

Feedback to your group in a micro presentation that should last no longer than 2 minutes. Record your notes on one of the worksheets below the videos.

Note: Given that this is a YouTube task, you are using a tool that is very much at the centre of this topic. Check out the number of views that your video has too, and if necessary, make reference to this under the relevant section above. 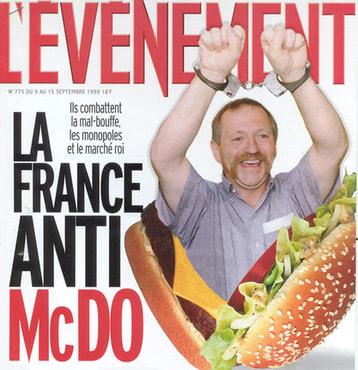 Cultural imperialism: The practice of promoting the culture values or language of one nation in another.

In the past cultural imperialism has been associated with colonialism. When the U.K colonized large parts of the world they took with them their language (English), their sports (rugby and cricket), their forms of transport (railways), their dress (suits), their legal system, police system etc. and imposed it upon their colonies. Now cultural imperialism is more associated with economic forces, although former colonial powers often have some influence over many of their former colonies e.g. The Queen is still head of state for many Commonwealth countries including Australia, Jamaica, Canada, Belize and New Zealand.

​The U.S currently has the World's largest economy and has been able to export its control and influence through the commodities of its TNCs e.g. Google, Ford, McDonald's, Walmart. America's cultural imperialism has sometimes be described as Westernization and/or Americanization. Cultural imperialism may also take place via global institutions like the IMF, WTO and World Bank (many of which are heavily influenced by the US and Western Europe).

Five common areas that are often studied to look at the impacts of cultural imperialism are:

i. Language: There are currently over 6,000 languages spoken around the World, but half my disappear by 2100. Although Mandarin is spoken by the most people, English is becoming the dominant international language.

ii. Tourism: Tourism is one of the World's largest industries and at the moment it is mainly citizens from developed countries (US, UK, Germany, Japan) that can afford to travel internationally and spread their culture (although they also experience new foreign cultures).

iii. Global Brands: Apple, Google, TIK-TOK, Coca-Cola and McDonald's are all brands recognised and used around the World.

iv. The Media: Disney, Time Warner, HBO, BBC , CNN, FOX etc. all have enormous influence in terms of the television programmes made and aired as well as the music played and the news reported.

v. Democracy: The US as well as organisations like the World Bank and the UN have often promoted Democratic Capitalist systems instead of systems like Communism.

As well as controlling culture through the economy and media, it has also been suggested that some countries impose culture and ideas through their military and/or electronically. This maybe through occupation, many people claim that the US and its allies are trying to impose their ideals of Afghanistan and Iraq through occupation. China has also been accused of imposing its ideas through its military presence in Tibet and its state wide censorship of the media.

Task 1 - Write a clear definition of Cultural Imperialism under the title above and take notes on the five impacts as set out above as well as the key advantages and disadvantages.


Task 2 - Choose two of the case studies from the three listed below. For each, there is a video and an associated written article.  Take notes on how the process of cultural imperialism is potentially being undertaken. Your notes should enable you to answer this question:

​
Explain what is meant by the term cultural imperialism and give a modern-day example of this process.
TOK - Imperialism or Misadventure?

You will have heard the recent story of John Allen Chau, a Chrisian Missionary who was killed by a remote tribe as he tried to make contact with them.

​The story can be seen as a video story here with the response from Survival International here.

We can visit our local McDonalds to see evidence of the French glocalization of the McDonald product range. Our nearest McDonalds is approximately 10 minutes from school on foot. The work pack below is what we will use to complete the study. 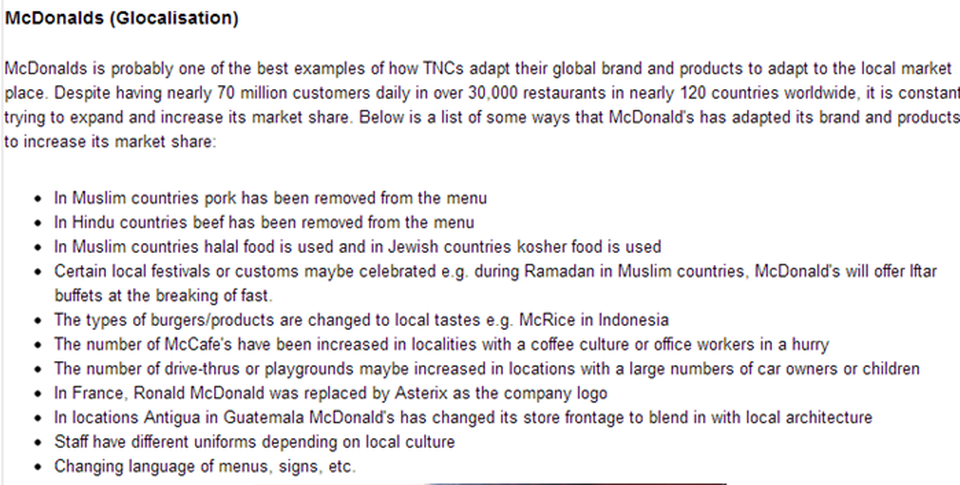 Hybrid: Something of mixed origin or composition, such as a word whose elements are derived from different languages.

Cultural hybridity: Constitutes the effort to maintain a sense of balance among practices, values, and customs of two or more different cultures. In cultural hybridization, one constructs a new identity that reflects a dual sense of being, which resides both within and beyond the margins of nationality, race, ethnicity, class, and linguistic diversity. Many immigrants, for instance, face this process as they attempt to accommodate new environments and experiences, while holding on to their indigenous socio cultural principles or beliefs. An important resource is language, which may be used to construct an identity, to adapt to new cultural environments, and to make sense of new experiences or some combination of these features (Encyclopedia of Diversity in Education, Edited by: James A. Banks)
Task 1 - Watch this BBC Radio 1 Documentary and take notes on how cultural hybridity is developing through the K-Pop music scene.

Introduction: Study the PowerPoint below. This focuses on Toulouse but can be edited and adapted for your locality too. Using a print out of the presentation (two slide view), complete the note taking and responses required.  Source of text.
HOMOGENIZATION OF URBAN LANDSCAPES
Where is this place? 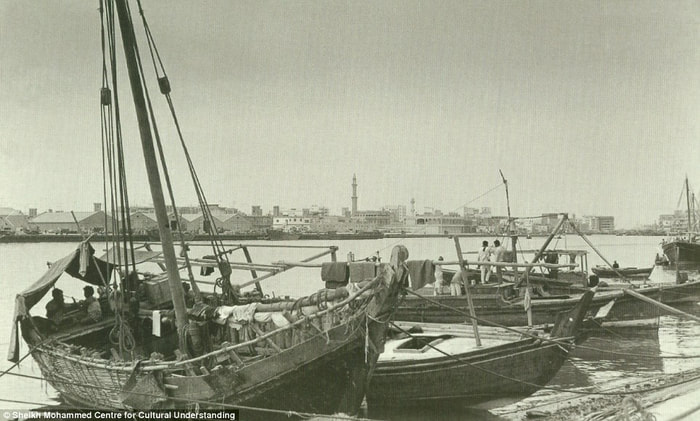 Homogenisation: The process of people, products and places becoming the same.

Your Task - Create a factsheet that shows the the following:

The cultural landscape changes from traditional Arabian to modern metropolis (focus here on building style and the impact of TNC's and tourism).

Starter: Watch the first video above to get an idea of the speed and spread of the development of Dubai and the impacts on the cultural landscape.

Now watch the second video above to get a more in depth insight into the rapid growth of Dubai and the key powers who were crucial in the development of the urban area and their influences.

Use the three images to the right as your stating point and then this excellent (images, not publication!) piece from the Daily Mail to choose more examples of how the landscape has been homogenized.

More than just oil wealth?  - Click here to research the reasons behind the change that has taken place over the last 30 years in Dubai. Include a summary of these reasons for growth on your display. ​ 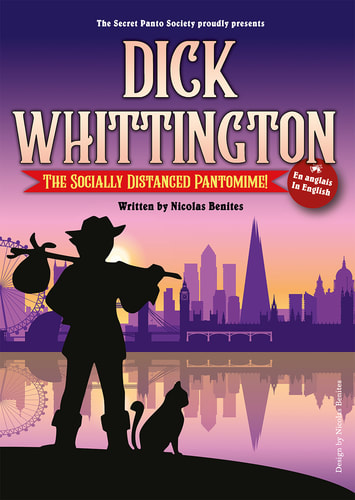 What is a diaspora?

A population of a country who have migrated abroad and keep strong identity ties with the homeland.

A permanently displaced and relocated collective.

The forced or voluntary dispersal of any population sharing common racial, ethnic or cultural identity, after leaving their settled territory and migrating to new areas

This would seem to be an ideal opportunity to use the international setting in Toulouse (Local scale) to examine the British diaspora that exist in the region.  You could even be your own case study example! You should study the following list:

Task 1 - Local Scale (in Toulouse) - You will need to fill in the two sheets below with as much information as possible, keeping it relevant to France and, if possible, the Toulouse area. There are four more links to the right to help to guide you.
Task 2 - Global Scale - Use the resources below to get a little more information about the spread of British culture more globally.


Task 3 - Complete this question:
​
Explain how diasporas influence cultural diversity and identity at both global and local scales (12).