Welcome to Berlin
​The Most Unusual Capital City in the World?

Task - Watch the video above and make notes on why Berlin might be considered an unusual city, especially when compared to other European capital cities such as London, Paris, Madrid or Rome. Make your notes on the worksheet beneath.
BERLIN - THE MOST UNUSUAL CAPITAL CITY IN EUROPE?
A Brief History of Berlin 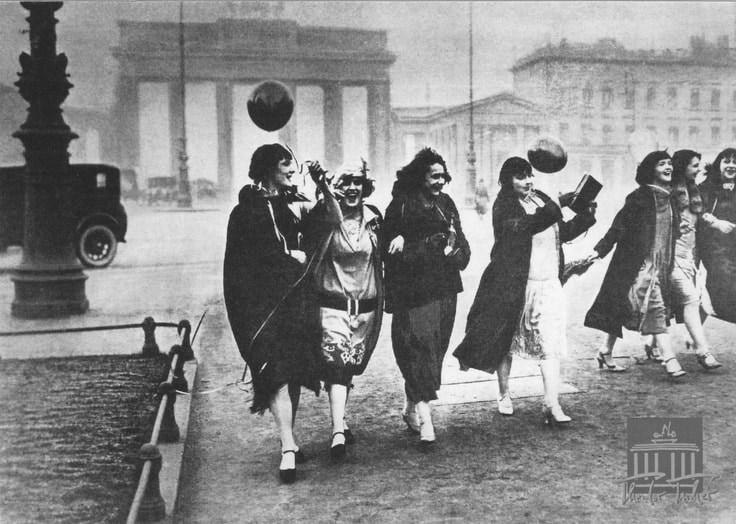 In the heady 1920s, after the disasters of the war, its violent aftermath, and the runaway inflation of 1923, Berlin became the life of Europe with nightlife and revues on a par with Paris. During the 1930s, the Nazis took power and instantly started to transform Berlin to portray its power. Despite the general intolerance of the Nazis, Berlin’s famous and at times seedy nightlife survived well into the Second World War.

​Behind the scenes, Adolf Hitler and his chief architect, Albert Speer, were planning to rebuild the city of Berlin with the new settlement being called 'Germania'. It was due to be 'launched' at a major international trade fair in Berlin/Germania planned for 1950 after the Nazi's had won the war. Check out some images of the project here.
​
​Hitler launched his plans for German expansion from Berlin until it culminated in the attack on Poland, which started World War II in September 1939. For a few more years, Berlin would be the center of the world, the city to be in, until the first allied air raids started. By the end of the war, 75% of central Berlin was destroyed. It was called the eyeless city, as there seemed to be no windowpane intact by the time the Russians took Berlin in April 1945. 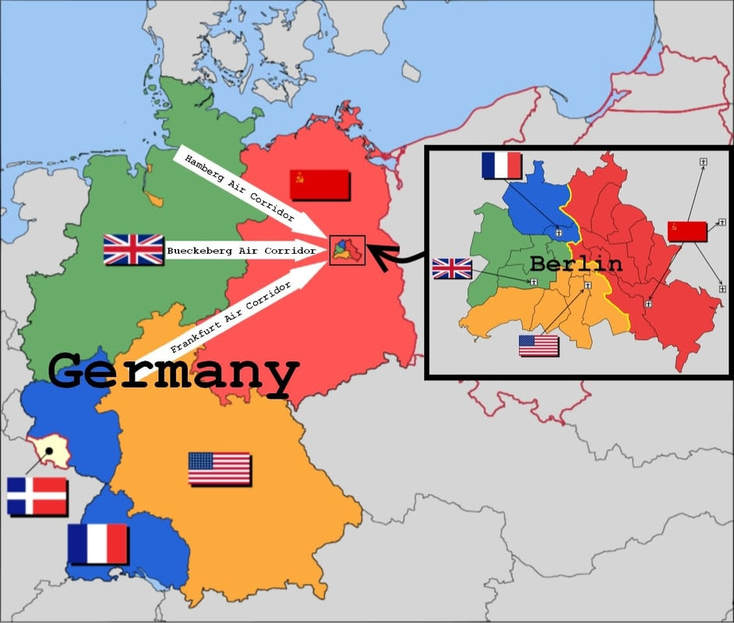 ​
​For Berlin, the war did not stop in 1945. The three sectors of Berlin occupied by the American, British, and French forces became West Berlin, a capitalist island surrounded by the sea of Communist - dominated East Germany. Berlin would be at the heart of the Cold War.

In 1948, the Russians tried to force the surrender of West Berlin by closing the land routes from the West – for a year the West, led by the United States, supplied Berlin through three air corridors (see diagram above). At the height of the crisis, an airplane would take off and land at West Berlin’s two airports every minute. 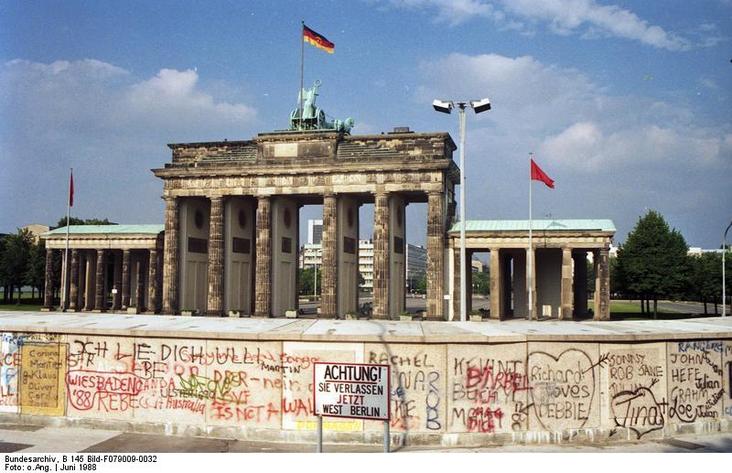 ​In 1961, the East Germans started to build a wall around West Berlin to finally close off the border through which countless East German citizens were seeping to find a better life in the West. In 1963, American President John F Kennedy assured the people of West Berlin that the world would not surrender the city to Communism in his famous proclamation: "Ich bin ein Berliner!" (The fact that a small grammatical error had him in fact saying “I am a jam donut” was never stressed by Berliners.) For the next quarter-century, Berlin would be at uneasy peace with its neighbor.

​The West poured massive subsidies into West Berlin to make it a beacon of capitalist prosperity in a sea of impoverished Communism. West Berlin became a popular place for young German men, as men resident here at age 15 were exempted from compulsory military service. At the same time, East Berlin would draw the best talent and excessive funds from the rest of the countryside in an attempt to compete with the West. 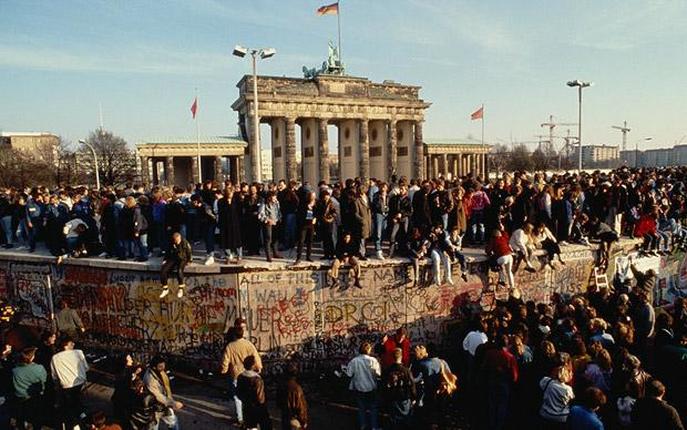 ​​On November 9, 1989, after weeks of pressure and warnings of impending crisis, the East German people finally had enough, bridged the border, scaled the wall, and entered the West. Chipping away on the wall with hammers and chisels became instantly popular, but the quality of construction was such that bulldozers were needed to really make an impact.

​On October 3, 1990, East and West Germany were finally united again, almost half a century after the end of World War II. Soon after, the German Parliament decided with a narrow majority to move the capital from Bonn back to Berlin. In 1999, the German Parliament and several other departments of state finally started to operate from Berlin. 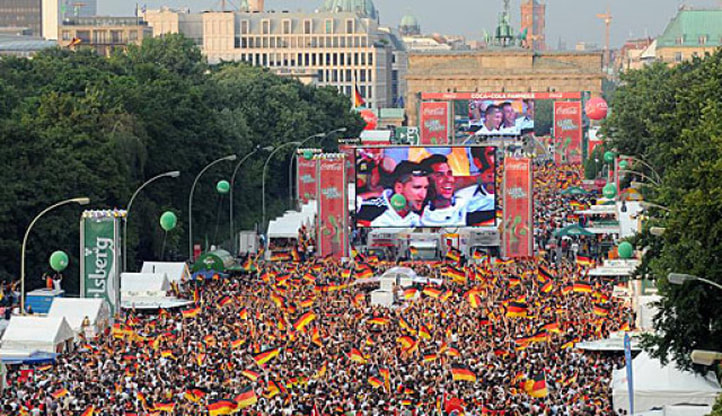 ​Berlin saw tremendous growth and decline after unification. Subsidies from the West declined in line with the normalization of the city’s status. This was to some extent countered by massive investment in new government buildings, such as the conversion of the Reichstag, the new chancellery and various new museums.

After the reunification of Germany in 1990, the city was littered with uninhabited buildings and large sections of valuable but disused land along the strip where the Berlin Wall once stood. Leading companies such as Daimler-Chrysler, Siemens, and Sony invested in Berlin. However, at the same time, many jobs, especially in the East, disappeared.

By 2002, the city of Berlin was bankrupt and began to sell off 110,000 publicly owned apartments abandoning decades of progressive social housing policy. As the investors began to heavily increase rents, which, as part of the selloff deal became less and less subsidised, the resulting protest claiming the “right to live in the city” became a focal point for affordable housing campaigners across Berlin.  Berlin became a popular destination in the late 2000s, it was fertile ground for rampant rent hikes.

More latterly, Berlin was a host city of the 2006 Football World Cup and has more recently been the focal point for the EU refugee crisis sparked by geopolitical insecurity across North Africa and the Middle East.

Task - Using an A3 copy of the Berlin Timeline framework document below, fill in the key dates and issues in Berlin's history.
berlin timeline worksheet (copy to A3 size)

The Settlement Pattern of Berlin Today 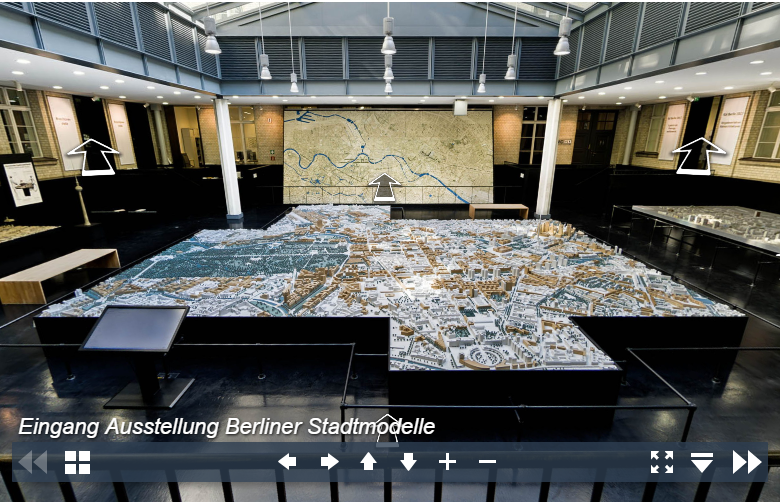 Each of the national governments based in Berlin – the Kingdom of Prussia, the 1871 German Empire, the Weimar Republic, Nazi Germany, East Germany, and now the reunified Germany – initiated ambitious reconstruction programs, with each adding its own distinctive style to the city's architecture.

Clusters of high-rise buildings emerge at disperse locations, e.g. Potsdamer Platz, City West, and Alexanderplatz, the latter two representing the previous centers of West and East Berlin, respectively, and the former representing the new Berlin of the 21st century built upon the previous no-man's land of the Berlin Wall.

Using this Google Map of Berlin and the worksheet below, identify the siting factors of Berlin, i.e. what made it a good place to build the settlement originally.  Need help? Click here to be taken to a reminder of what siting factors are from BBC Bitesize.
original Siting factors of berlin
​

What Is Urban Renewal? 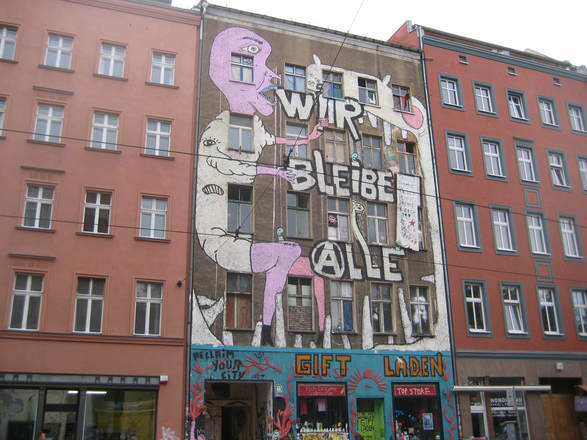 Photo: Miodrag Kuč, 2008 - Last remains of squatting movement
​
​Social and demographic changes are leading to a greater demand for housing in developed countries. People are living longer, choosing to marry later and in recent years there has been a rise in the number of single-parent families. Added to this, Germany is experiencing immigration from other countries such as Turkey (historically) and Syria (recently).

Since the expansion of the EU, people from other member states have travelled to Berlin to find work. Click here to be taken to the Wikipedia entry on different nationalities in Berlin.

However, building new, affordable homes in urban areas is difficult. Land values are often very high and land can be in short supply.

In many German cities, housing redevelopments have been hindered by the division of the country in the post-war years but are now upgrading the quality of low cost housing while trying to retain, and in many cases improve the sense of community. There is a drive to improve infrastructure and opportunities in these areas, rather than ‘rehouse and flatten’. This is particularly evident in Berlin, in particularly in the east of the city where we will be visiting.  The population of Berlin swells by between 40,000 - 50,000 people per year! That is twice the growth of Toulouse!

This contrasts with recent suggestions from cities such as Mumbai where local authorities are planning to flatten huge areas of slum housing. These areas obviously have huge welfare issues but benefit from a strong community and entrepreneurial spirit.

Thirty years ago most urban renewal in HIC's involved knocking down existing buildings - urban redevelopment - and replacing them with new ones.  In Berlin, this wasn't the case as over 75% of the buildings in the city were destroyed due to the Second World War and allied invasions. Today  in Berlin, older post war buildings and those rare ones that survived the bombardment, are often improved or renovated, not demolished. This in theory means local people can continue living in the area.

In a little more detail...

Gentrification is the improvement of housing in an area that was formerly poor and run-down. It is mainly carried out by the residents themselves in a piecemeal way. Individual home owners make repairs and improvements to their own property and, over time, if enough houses are improved, the nature of the whole area improves and draws in more people with the money to invest in their own properties.

As the standard of the housing improves so does the wealth of the neighbourhood. This, in turn, attracts different kinds of business - shops and services with a more up-market appeal. Small independent cafes might be replaced by a Starbucks, local pubs by wine bars or gastropubs, grocery stores by delicatessens, charity shops by estate agents, and so on, and the value of all the property in the areas goes up
​
Adapted from: http://www.acegeography.com/gentrification.html​ 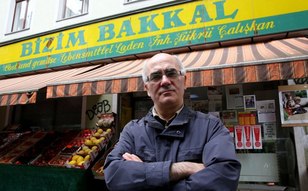 Prices have soared in fashionable Berlin districts like Friedrichshain-Kreuzberg, where rents rose in the past decade by more than 80 percent, according to data from the Empirica Institute, which tracks property prices. But incomes in Berlin remain relatively low, with more than half the population qualifying for public housing, meaning that many longtime residents and other low earners are being priced out. This article from thelocal.de explains this process really clearly.  Berlin government have therefore had to increase a rental cap of 10% - read more about this and pick up some great data by reading this article from The Guardian website.

However, many of the residents of such areas are in properties that they rent. They might include many single-parent families, unemployed people, low earners, retired people, recent immigrants, mentally ill people and so on. It might well be that their landlords see a greater potential profit in selling their houses to incomers or in developing the properties so that they can be let at much higher rents.

In some cases they probably put pressure on tenants or small business owners to move out of their homes / business - a process known as displacement.  Check out this story from Berlin about a displacement that caught the international news headlines.

The document below was written and researched by Mr Podbury after consulting a number of the different sources below. It is well worth a read!
history of urban change & gentrification in berlin