An overview of contemporary global networks and flows:

• an overview of international aid, loans and debt relief

• illegal flows, such as trafficked people, counterfeit goods and narcotics

Foreign Direct Investment (FDI) and outsourcing by transnational corporations (TNCs), and ways in which this networks places and markets

• Two contrasting detailed examples of TNCs and their global strategies and supply chains
​
Synthesis, evaluation and skills opportunities
​
The relative importance of different flows, and the suitability of different methods for graphically representing flows and interactions

Task 1 - Click here to be taken to the OECD (remember the work from the previous module) page on Global Trade. Define (simply) 'Trade in Goods'.

Task 2 - Using a copy of the graph above, describe the global pattern in the trade of goods. Make reference to G7, G20 and a comparison between the E.U and PRC.

​Task 3 - Using this OECD website page, define 'Trade in Services'.
​
Task 4 - Using a copy of the graph above, describe the global pattern in the trade of services. Make reference to G7, G20 and a comparison between the E.U and PRC.

​
Task 6 - Watch the video below and take notes on how trade in raw materials is important for economic growth and how restrictive export policies can negatively impact development in mineral-rich economies
​
​Task 7 - Spend a little time using the interactive map below. This shows countries who produce, have reserves of and export a variety of raw materials.

​
​Task 8 - Power Struggle. Watch both of the videos below. Take notes on why the tariffs have been imposed by the USA on aluminium and steel imports and what the retaliatory measures have been by those affected.
​
​

With the advancement of global interactions, populations around the world are now more aware than ever of the disparity that exists between the wealthy and the poor. Whilst it is true to say that most people in the world live in MIC's and wealth is increasing, nearly 700 million people still live below the poverty line, earning less than $1.90 per day. You can see the state of play today by examining this Gapminder chart.

Back in 1985, a series of concerts called 'Live Aid' were planned and broadcast in response to the humanitarian tragedy unfolding in Ethiopia. This news report from the BBC (warning of upsetting images) was broadcast around the world and stirred key figures in music industry and in government into action to raise money. The events in London, Paris and New York were broadcast around the world on television and raised close to $130 million. This was the first example of a 'celebrity driven' international aid drive and many more have taken place since.

​Fast forward to 2005 and the Live 8 concerts that were timed to precede the G8 conference and summit held in Scotland from 6–8 July. Both events also coincided with the 20th anniversary of Live Aid. Run in support of the aims of the UK's Make Poverty History campaign and the Global Call to Action Against Poverty, ten simultaneous concerts were held on 2 July and one on 6 July. On 7 July, the G8 leaders pledged to double 2004 levels of aid to poor nations from US$25 billion to US$50 billion by the year 2010. Half of the money was to go to Africa. More than 1,000 musicians performed at the concerts, which were broadcast on 182 television networks and 2,000 radio networks. This time, pledges of aid were also complimented by pledges to reduce unsustainable debt levels (debt relief).

Starter: Watch the first 10 minutes of The Band Aid Story - 2004 below. Then, watch the second video below (click 'watch on YouTube' link). Note the difference between 1984 & 2015*.  1984 could be considered the first time that a collective international aid effort was launched between Europe / USA and a poor and impoverished nation, Ethiopia.

Band Aid, and the related Live Aid concerts, raised over $100m for the Ethiopian famine victims. They galvanised a public that had largely been indifferent, marking a watershed for how celebrities engaged with humanitarian issues and how organisations conducted fundraising appeals. However, with unfounded and inaccurate lyrics, the Christmas song not only created misconceptions about Ethiopia, but it did so in a patronising way.

Despite the fact the famine was localised to northern Ethiopia and a result of political manipulation, the songs, concerts, and fundraising appeals perpetuated a single, negative, and distorted view of Ethiopia, making it synonymous with famine, poverty, and desperation. (Al Jazeera 2013)

*Note current civil unrest in Ethiopia in north of the country that have caused severe disruption to the country and its development.


Task 2 - Watch the third video above on 'Foreign Aid' and make notes on the content.


Task 3 - Watch the fourth video above on the 'Problem with Foreign Aid' and make notes on why this can be problematic.


Task 4 - Now click on a recent news story below, print out and highlight the key information within. Focus on the reasons why the UK feels it needs to reduce its aid budget in 2020.

Task 5 - Watch the first video beneath and take notes on why the IMF (remember this from previous lessons) lends money.  Give examples of the factors that require countries to ask for assistance.

Task 6 - The IMF are constantly processing requests for emergency loans especially given the havoc that COVID-19 is wreaking on economies around the world. Click here to be taken to a Google search of news recent stories linked to IMF lending. Choose one example from the list and write a 100 word summary of the loan situation in that country.
Debt Relief

Task 7 - Watch the video beneath and make notes on the benefits of debt relief programmes.


Task 8 - Outline briefly the HIPC initiative. This page will help you.


Task 9 - Read this article carefully and comment on the spatial distribution (place) of countries that have received substantial debt relief.
​

Task 1 - Watch the video below to recap on what remittances are and why they are vital to economies around the world. Now study the map below to get an overview of the countries that rely on remittance income. The really famous example of this is USA - Mexico transfer of money but as you can see, it is by no means the only example. Why and where does 31% of the Nepalese GDP come through remittances?
Click on this link to be taken to an interactive remittances map (2016). It is set to default to show the payments to/from the USA but using the drop down menu, you can change the country. For IST students, choose France to see the transfer of money to and from the country.

Task 2 - Using a screen shot of the map above (interactive version here) describe the spatial pattern of remittance inflow (as a % of GDP). Now using the link above, choose your home country take screen shots of inflows and outflows and explain the key patterns of remittance flows. Can you spot any major flows that have historical or geographic significance?

You will be completing this piece of work as a group presentation exercise. Each person / group will be given one of the following four illegal flows to study and research.

What is 'Foreign Direct Investment - FDI'?

Foreign direct investment (FDI) is an investment made by a firm or individual in one country into business interests located in another country. Generally, FDI takes place when an investor establishes foreign business operations or acquires foreign business assets, including establishing ownership or controlling interest in a foreign company.

Outsourcing is the business practice of hiring a party outside a company to perform services and create goods that traditionally were performed in-house by the company's own employees and staff. Usually done as a cost-cutting measure, it can affect jobs ranging from customer support to manufacturing to the back office. 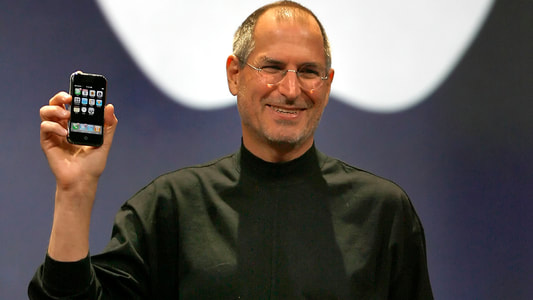 ​TNCs and their global strategies and supply chains...

Two detailed case studies are required here of two contrasting TNC's including their global strategy and supply chains. For this unit of work, we will be splitting into two groups and analysing both Apple (USA & High Tech) and Starbucks (USA Food & Drink).

Task 1 - Split into two groups. One group will be researching Apple and the other Starbucks. Both are well known TNC's and the chances are that you have been consumers of their product range.

Use the video wall beneath to build up a picture of the history of the companies, their global/local strategies as well as their supply chains.

You are going to produce a 5-10 minute presentation to give to your peers using PowerPoint, Prezzie etc.

When the global strategy doesn't work ......